Over 15 years of experience teaching Capoeira. With a wide knowledge in Afro-Braziliaanns culture allowing our students to gain a great immersion and knowledge.

A Brazilian martial art , that combines elements of dance, acrobatics and music.

It was developed in Brazil mainly by Africans, at the beginning in the 16th century.

It is known for quick and complex moves, using mainly power, speed, and leverage for a wide variety of kicks, spins, and highly mobile techniques.

Capoeira is a fast and versatile martial art which is historically focused on fighting out numbered or in technological disadvantage. The style emphasizes using the lower body to kick, sweep and take down and the upper body to assist those movements and occasionally attack as well. It features a series of complex positions and body postures which are meant to get chained in an uninterrupted flow, in order to strike, dodge and move without breaking motion, conferring the style with a characteristic unpredictability and versatility.

The ginga (literally: rocking back and forth; to swing) is the fundamental movement in capoeira, important both for attack and defense purposes. It has two main objectives. One is to keep the capoeirista in a state of constant motion, preventing him or her from being a still and easy target. The other, using also fakes and feints, is to mislead, fool, trick the opponent, leaving them open for an attack or a counter-attack.

The defense is based on the principle of non-resistance, meaning avoiding an attack using evasive moves instead of blocking it.

Avoids are called esquivas, which depend on the direction of the attack and intention of the defender, and can be done standing or with a hand leaning on the floor. A block should only be made when the esquiva is completely non-viable. This fighting strategy allows quick and unpredictable counterattacks, the ability to focus on more than one adversary and to face empty-handed an armed adversary.

A series of rolls and acrobatics (like the cartwheels called aú or the transitional position called negativa) allows the capoeirista to quickly overcome a takedown or a loss of balance, and to position themselves around the aggressor in order to lay up for an attack. It is this combination of attacks, defense and mobility which gives capoeira its perceived ‘fluidity’ and choreography-like style.

Playing capoeira is both a game and a method of practicing the application of capoeira movements in simulated combat. It can be played anywhere, but it’s usually done in a roda. During the game most capoeira moves are used, but capoeiristas usually avoid using punches or elbow strikes. The game usually does not focus on knocking down or destroying the opponent, rather it emphasizes skill.

The Roda is a circle formed by capoeiristas and capoeira musical instruments, where every participant sings the typical songs and claps their hands following the music.

In a roda every cultural aspect of capoeira is present.

The batizado (Baptism) is a ceremonial roda where new students will get recognized as capoeiristas and earn their first graduation. Also more experienced students may go up in rank, depending on their skills and capoeira culture.

Students enter the roda against a high-ranked capoeirista (such as a teacher or Mestre) and normally the game ends with the student being taken down. In some cases the more experienced capoeirista can judge the takedown unnecessary. Following the batizado the new graduation, generally in the form of a cord, is given.

APELIDO – The new capoeira practitioners get or formalizes his or her apelido (nickname) when starting to practice Capoeira. *** This tradition was created back when capoeira practice was considered a crime. To avoid having problems with the law, capoeiristas would present themselves in the capoeira community only by their nicknames. So if a capoeirista was captured by the police, he would be unable to identify his fellow capoeiristas, even when tortured.

Apelidos can come from many different things. A physical characteristic (like being tall or big), a habit (like smiling or drinking too much), place of birth, a particular skill, an animal, or trivial things. This tradition is still very alive not only in capoeira but in many aspects of Brazilian culture.

A practitioner of the art is called a capoeirista.

On November 2014 capoeira was granted a special protected status as “intangible cultural heritage” by UNESCO.

All ages and skill levels are welcome! Our team with specialized instructors will provide you the best experience in your training. 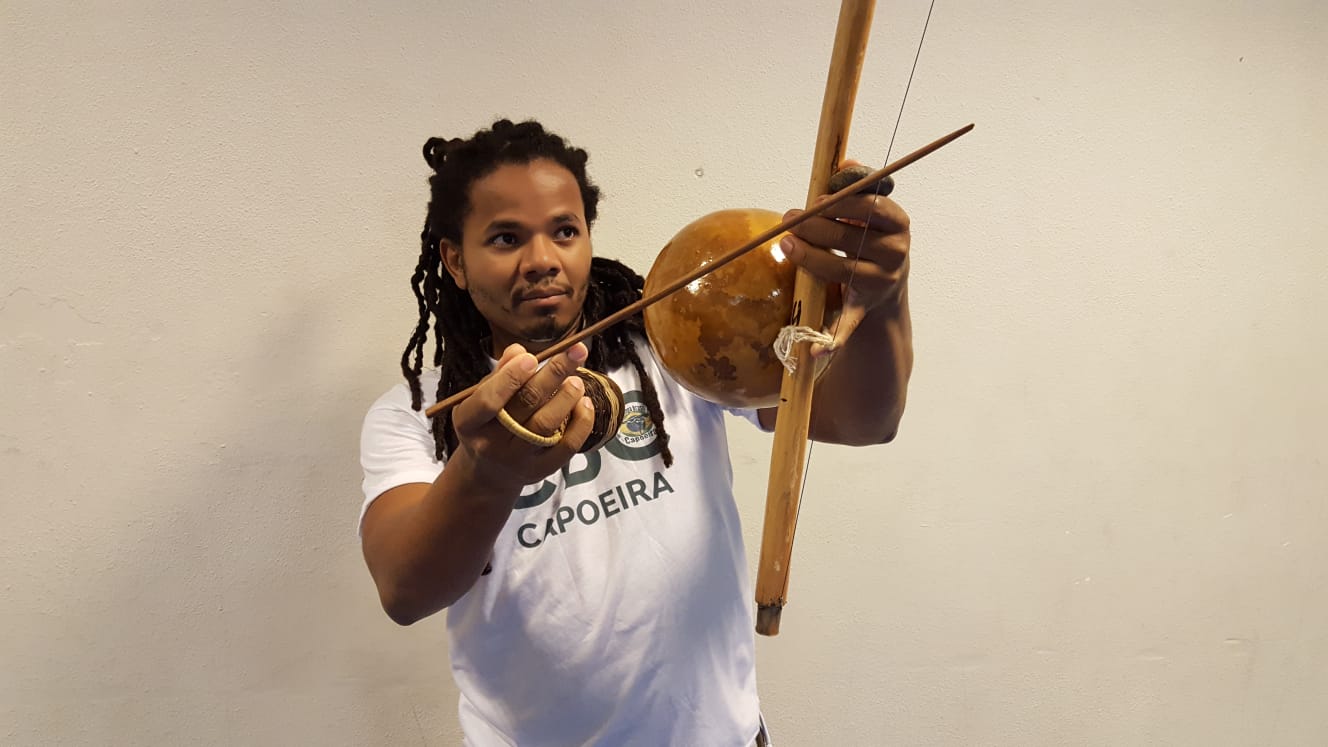 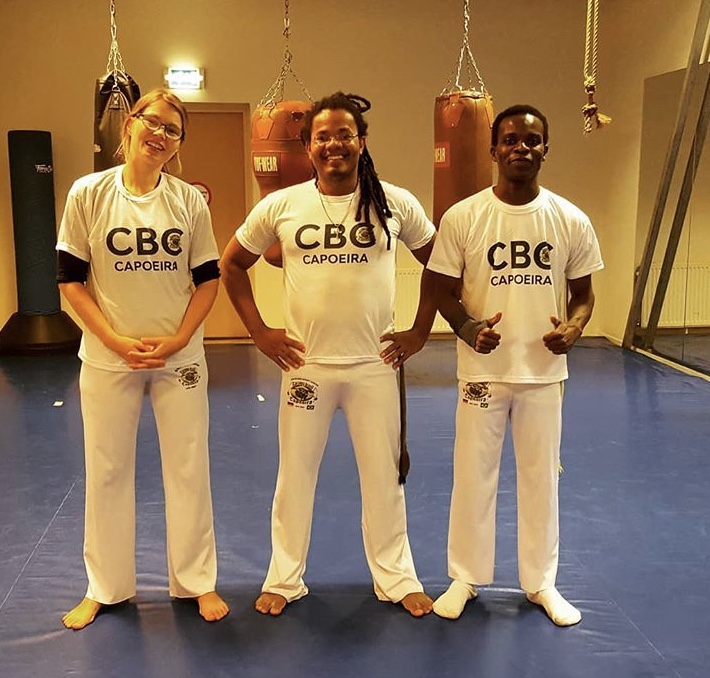 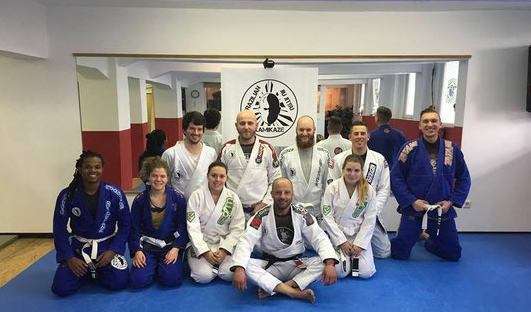 Brazilian Jiu-Jitsu (BJJ) emphasizes getting an opponent to the ground in order to use ground fighting techniques and submission holds involving joint-locks and chokeholds. Once two fighters are on the ground, physical strength can be offset or enhanced by an experienced grappler who knows how to use mechanical advantage instead of brute strength.

BJJ equips you with the practical skills you need to prevent, control, defuse and resolve conflicts and defend yourself against physical treats and attacks. It also provides the perfect work out that quickly suits your body fitness. Not only is Jiu-Jitsu a proven self-defense system, but it also aids in weight loss, increased cardiovascular health, enhanced self-confidence, discipline and diet.

The training promotes the concept that a smaller, weaker person can successfully defend against a bigger, stronger, heavier assailant by using proper technique, leverage, and most notably, taking the fight to the ground, and then applying joint-locks and chokeholds to defeat the opponent.
Training can be used for sport grappling tournaments. However it can be used in some self-defense situations and does serve its purpose. 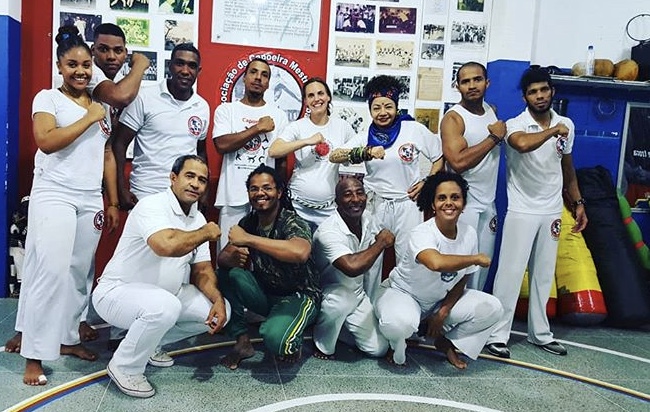 Every one of our team members is devoted to delivering the best training.